The charity was founded in 1990 by Orthopaedic Surgeons Mr. Hugh Phillips and Mr. Keith Tucker, as the Norwich Hip Trust. They donated the royalities they recieved from a hip replacement they develeloped. At that time the royalties were to be used for the relief of sickness within `The Norwich Health District`, this is now interpreted as the County of Norfolk.

The first trustees were Dr. Tony Page as Chair with Mr.John Albert, Prof. Davies, Dr. David Scott and Mrs Trish Phillips. The objects of the Trust are;

It is open to doctors , nurses and any other healthcare professionals who work or study in Norfolk.

In 1998 it changed its trading and user name to Action Arthritis , as it was felt that this more closely reflected its objectives. Earl Ferrers became our patron about this time until his death in 2013. Funding comes from a number of sources. Almost since it inception there has been a walk held every 2 years, it was originally under the auspices of the British Orthopaedic Association`s Wishbone Trust but when that became defunct Action Arthritis with the Norfolk and Norwich Orthopaedic Department took it on.Laterly this has expanded to include the Kings Lynn Orthopaedic Department. The money is raised by patients who have benefitted from Orthopaedic surgery , undertaking to get sponsorship to walk a mile. The Walk has been held in a number of locations around the city. Bequests also come from people who make a donation in their wills. There was also excess money raised for the orthopaedic theatre at St. Michaels Hospital in Aylsham which they kindly donated. Throughout the years various fund raising events have been organised , from dinners to golf days.

In 1999 an appeal was launched to raise funds to support a professor of Orthopaedics at the University of East Anglia under the chairmanship of Mr. Hugh Phillips. By 2001 £1.2 million was raised from local donations and the orthopaedic trade so the appeal was closed. In 2003 Mr. Simon Donell was appointed as Honorary Reader in Trauma and Orthopaedics , this later being converted to a Professorship. The extra money raised has been used to support the chair with research grants and fellowships.

In 2012/2013 it was decided that a Bone and Joint building was to be built on the UEA site close to the hospital for research into this area. Action Arthritis is involved in the appeal and has made a donation to this cause which so closely reflects our objectives. 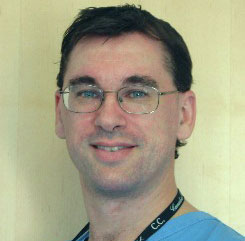 Biography: Adrian was appointed Consultant Orthopaedic Surgeon at the Norfolk and Norwich University NHS Trust in 2003. He trained at the University of Cambridge and completed higher surgical training in the East Anglia region. In 2003 he completed a Fellowship at the University of Toronto Hand Program. He specialises in traumatic and elective conditions of the hand , wrist and elbow and has published research principally in the field of Dupuytrens disease from clinical trials to basic science with Prof Ian Clark the School of Biology, UEA. He is ex-president of the British Association of Hand Therapists.

Using Gift Aid means that for every £1 you give, the Action Arthritis Trust receives an extra 25 pence from the Inland Revenue, helping your donation to go further.